Three years later, an opportunity arose to purchase a small packhouse in Takanini, Auckland, that was packing 600,000 trays of kiwifruit each year. JACE Group bought the facility and quickly set about transforming it into the highly successful and efficient packhouse that is now known as Apac (Auckland Pack and Cool).

Apac’s facility has been extended twice (in 2007/08 and again in 2016/17) and now covers 10,100 m², packing approximately 3.5 million trays of kiwifruit per year. The directors are immensely proud of how the business has grown, having developed a solid reputation among growers for trust, respect, integrity and all-round excellence.

Many Apac staff have been with the company from its inception, contributing to a strong family culture and a desire to achieve. Relationships are at the heart of our business and ensure staff care about every individual grower and piece of fruit as if it’s their own.

In addition to Apac, JACE Group own five other subsidiary companies which cover the entire supply chain of kiwifruit from the orchard to the consumer. They include Mpac (Mount Pack and Cool Limited), GroPlus, Southern Orchards Limited, Kiwi Green New Zealand Limited and PollenPlus.

Jan is one of the original founders of Apac, Mpac and their parent company, JACE Group. Originally from the Czech Republic, Jan arrived in New Zealand as a teenager and initially enrolled at university to study business and management. But a short break to pick kiwifruit one season and earn some money saw him ditch the books in favour of working fulltime at a small packhouse and cool store facility in Katikati. From there, his career in post-harvest took off as he secured increasingly senior roles with Bridgecool and later Seeka before striking out on his own.

The only constant in the kiwifruit industry is change – a challenge that Jan fully embraces. He describes the industry as like ‘putting the pieces of a puzzle together’ and is driven by the thrill of competition and value of working alongside people he knows and trusts.

While he doesn’t believe in treading on others to get ahead, he knows the kiwifruit industry is full of opportunities if you look, and work hard enough, to find them. 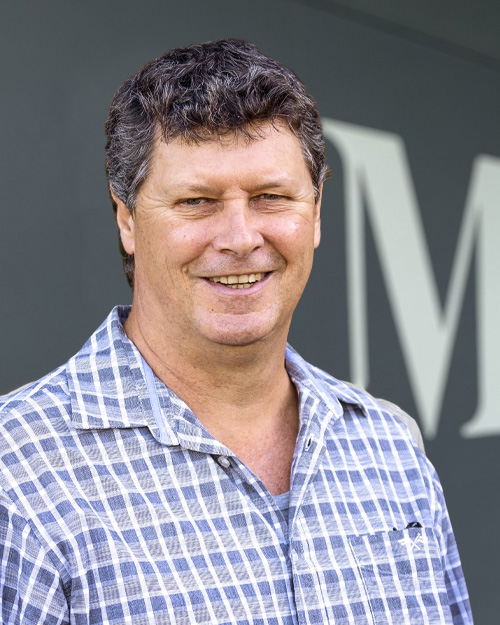 Craig Graduated from Auckland University with a Master’s Degree (Msc Hons) specialising in kiwifruit science. Craig has 35 years’ experience in the kiwifruit and avocado industry in Executive and Director roles.

Craig specialises in kiwifruit and avocado orchard management, research and development and administration. Craig is also a grower of kiwifruit and avocados in the Bay. Craig’s main areas of focus within the JACE Group of companies are Kiwi Green New Zealand, Southern Orchards Ltd and the China project. 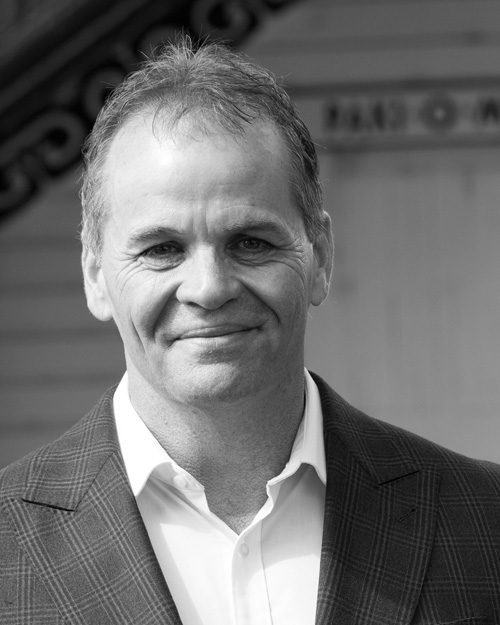 Steve has over 28 years of experience and expertise in the New Zealand horticulture industry across the following disciplines: growing, management, financial management, innovation, new product to market, postharvest ownership, international experience in the export of horticultural products (including pollen and pollen application systems), project management and JV partnerships. Steve is owner and Board Chairman of Robotics Plus Ltd and the Plus Group. As an active angel investor, he has been appointed as a director of a number of other emerging start-ups and holds key board positions with Priority One, Enterprise Angels, Icehouse and a recent Crown appointment to Landcare Research. Steve is also a shareholder and director for Newnham Park Innovation Centre, the home of many award-winning innovation-focused companies.

Sitting at the helm of Mpac/Apac, Jan believes his role is to teach others; making sure the next generation are learning everything they can about kiwifruit and post-harvest operations. His approach is that a good manager should always be a great teacher and try to make themselves redundant so they’re ready to take on the next challenge.

Jan’s ambition, drive and passion for kiwifruit has taken him from orchard picking in between his university studies, to eventually managing a packhouse and being appointed General Manager Operations for Seeka. In 2007 he moved to Auckland to take charge of Apac and today he oversees our entire post-harvest operation.

Among Jan’s key strengths is his ability to listen, watch and observe others, and the fact he never takes no for an answer. His financial skills and in-depth analysis helps him to make the right decisions on behalf of the business.

Jan enjoys motorsport, jet skiing, fishing, boating and hitting the slopes in winter. Jan’s two children, Sarah and Anthony, have both followed him into the industry making Mpac/Apac a true family affair. 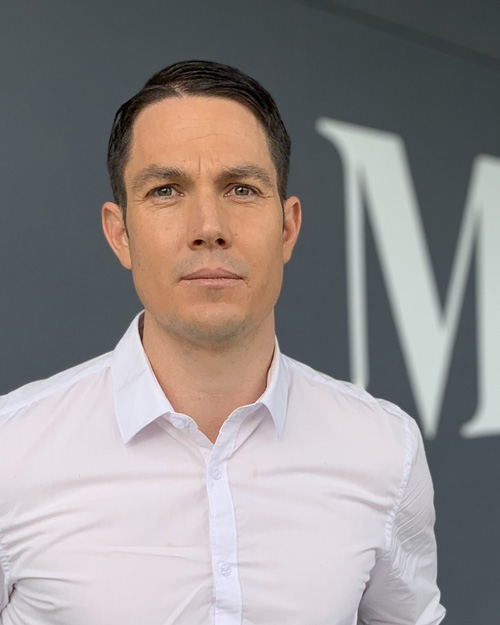 Brendon joined our company in 2012 and brings a wealth of knowledge to his role built over his 15-year career in the kiwifruit industry. His experience spans the entire sector – from growing to post-harvest, Zespri, grower relations and entities, and a variety of governance positions.

As General Manager Operations for both Apac and Mpac, Brendon is responsible for all operations, partnering with our growers and our team to achieve a high-performing grower pool with consistently higher than industry average returns year-after-year. He’s also in charge of our grower entities, MGL and AGL, and grower payments.

Brendon has been intimately involved in Mpac’s state-of-the art post-harvest facility from the concept stage through to detailed design, construction and implementation, ensuring it’s fit for purpose and geared for future growth.

His vast experience allows him to contribute to all areas of our business and he’s at his best when under the most pressure and striving to achieve the impossible.

He loves the fact that every season is challenging for different reasons and he’s always focussed on getting better results for our growers and the company each year. He values the people he works alongside as much as his individual role – being part of developing a team and seeing employees progress through the company brings him a great deal of personal satisfaction. 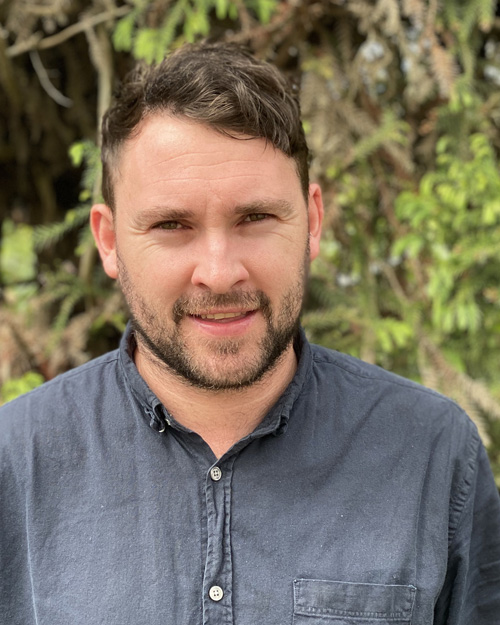 Nik is responsible for the day-to-day running of Apac and oversees all operations at our Auckland site. He thoroughly enjoys making decisions and performing under pressure during the kiwifruit season to get the best results for our growers and our company.

Strong communication skills and the ability to work well in a team enables Nik to get the best out of those around him to collectively deliver great results. Prior to joining Apac in November 2019, he was the Packing Operations Manager at Mpac.

Nik comes from a family of kiwifruit growers and first got involved in the industry in 2017 after returning home from his OE. Working in the post-harvest sector and seeing things from a different angle has been a terrific experience. He’s previously worked in the freight industry both here and in the UK and holds a Bachelor of Commerce in Management.

During quieter months, Nik enjoys water skiing and fishing whenever he gets the chance. 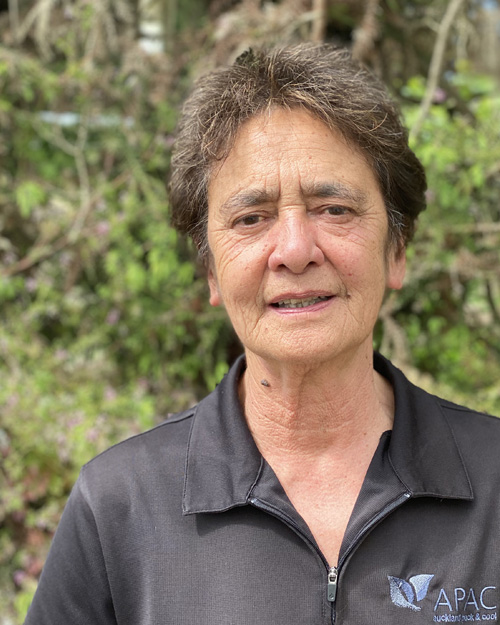 Tui manages the interface between Apac and our growers providing a range of year round services. With over 15 years’ experience in a number of post-harvest roles she has a vast range of knowledge to keep growers informed of the latest advances in kiwifruit management.

At harvest time Tui helps co-ordinate and also audits pickers to ensure fruit quality is maintained. If you are interested in packing with Apac please contact Tui.